Daedelus was a human esteemed by the gods for his intelligence and ability to construct amazing objects, such as the winged contraption which allowed himself and son Icarus to escape from the Labyrinth. Likewise Richard Hunt is a sculptor whose works soar. Like Daedelus, Hunt constructs winged structures, though of metal rather than leathers. Nevertheless, they travel to distance places to be installed as public works. These works celebrate the human desire to move and grow, and emote a beautiful sense of optimism and celebration. They act as ambassadors, travelling to distant places to begin a conversation with the new environment in which they are placed. 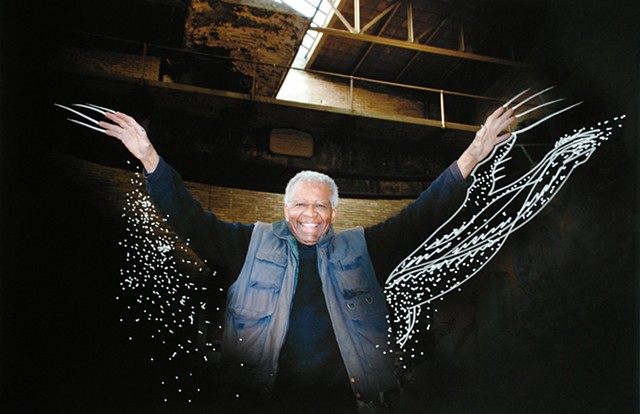